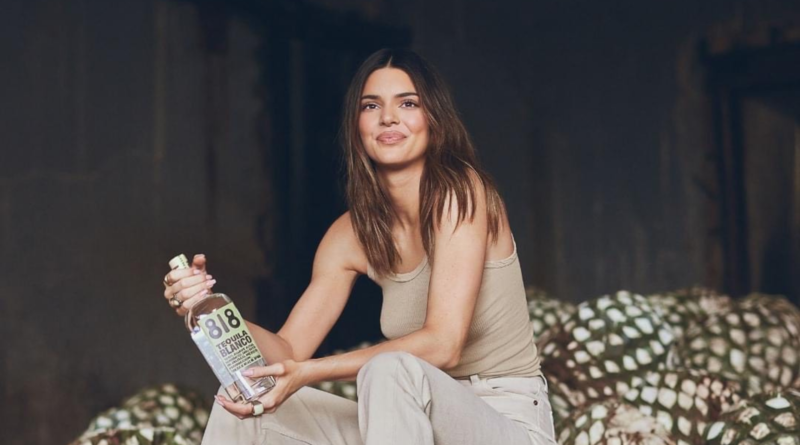 A renowned importer and distributor, ChinaBev LLC, has announced the brand’s entry into China.

Jenner’s 818 Tequila will make its debut in the Chinese market on August 18 thanks to ChinaBev, which has already won premium on-trade listings in Beijing, Shanghai, Guangzhou, Chengdu, and Shenzhen.

In October, the tequila will be made available in all significant Chinese cities.

The distributor will be able to “push beyond the constraints of China’s traditional Tequila category” because to the brand’s high profile voice, claims ChinaBev, which wants 818 to be “the super premium leader” in the market.

The distributor is well-positioned to make a significant impact in the industry thanks to its warehouses, sales representatives, and senior leadership team that includes former employees of Pernod Ricard China, Brown-Forman China, and Bacardi China.

China Bev, which was established in 2010 in Beijing by American and Chinese partners, also shares ownership of Commune, the biggest on-trade alcohol retail chain in China, which is worth more than US$1.2 billion.

According to Paul Gelinas, co-founder of ChinaBev, “ChinaBev is excited to join with Kendall and the 818 team to offer 818 Tequila to China for the first time.”

We are excited to interact with a large audience both in-person and online and to raise the profile of premium tequila in China.

The Weber Blue agave Tequila, which Kendall Jenner founded, is made from 100 percent agave and is produced in Jalisco. It comes in three different expressions: blanco, reposado, and aejo.

Despite a number of problems, such as Jenner being accused of cultural appropriation in the Tequila’s advertising campaigns and the corporation reportedly downplaying the involvement of Mexican employees to the spirit’s production, its sales have been astronomically successful.

Competitor 512 Tequila filed a trademark infringement lawsuit against Jenner’s brand in February, claiming the latter had duplicated its “clearly recognizable” logo, which features “black writing inside a vertical yellow rectangle.”

Additionally, Jenner came under fire for sharing a photo of herself on social media drinking Tequila through a straw, which some deemed to be “irresponsible” and serve as a promotion for binge drinking.

The company has started a program to use leftover agave fiber to make bricks to build local homes in an effort to atone for some of the anger directed at it. However, the ongoing criticism does not seem to have diminished its burgeoning sales.

According to Mike Novy, president and chief operating officer of 818 Tequila, “Our US launch in May 2021 aroused attention globally, which rapidly led to our expansion into the Caribbean and most recently, Canada.” The next logical step in distributing our incredibly smooth, award-winning liquid to consumers worldwide is partnering with ChinaBev, according to the company.