The culture of wine start to take shape here in Asia, Jim Boyce, a Beijing-based writer who runs the Grape Wall of China website, says the rise in curiosity and knowledge among consumers is making a real difference.

Comparing to 2015 the volume of imported wine is showing around 30% growth and more than 40% grow in value. Of course with all this changes the price per bottle also increased at the entrance in China. Now an average price per bottle will be about $5.19 (over 12% growth compared to the past yeas).

At this major change have also contributed some big online platforms which have started to import wines directly from overseas producers like European, Australian, etc 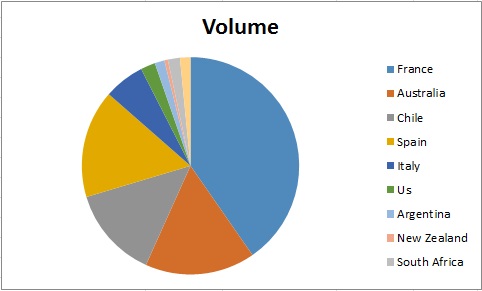 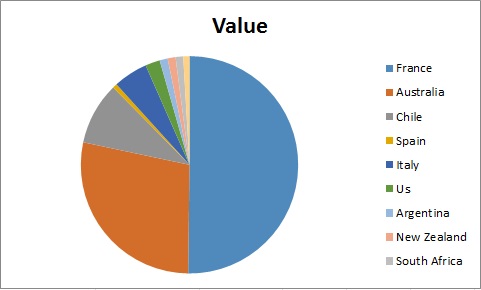 No wonder France is still on the first place when it comes to wine import in China, the price per bottle this year at the entrance it’s around $6.15.

Australian wine is also in top of Chinese preferences with a grow around 50% both in volume and value. Officially China overtake UK as the second largest market for Australian wine export.

China and Australia had sign an agreeameant last year ChAFTA (China-Australia Free Trade Agreement) with the purpose to gradually disband the import tariff on Australian wines by 2019.

Chile and Spain have both register grow in both volume and value in the same period of time.

USA it’s China’s 6th largest source for wine import but suffered a decrease in the volume and a drop on the value compared to last year.

Despite the general slowdown of economic growth in China the volume of imported wine still grows. A trend that began in previous years still continues due to the fact that more Chinese middle class citizens  are drinking more imported wines and also more frequent than before.

Also this wine culture is seen in the youngest generations and consumers because they are less likely to buy, drink or try wine from “mainstream” countries. The are also less price-conscious compared to the older drinkers.

The commodity here in Asia has a higher level so ordering your daily food or drinks over the internet is something normal.

Recent studies shows us how 49% of the consumers bought wine from online shops in the last year, suppressing the hypermarkets & special import stores.

Principal drivers of growth in Asian wine consumption are lifestyle and health, making brandy, gin, and beer the major competitors of wine. The health conscious, for instance, are switching from brandy to wines. Women are also an important wine market as they find wine to be a more acceptable alcoholic beverage than beers. 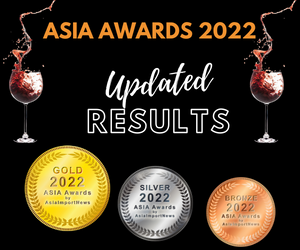