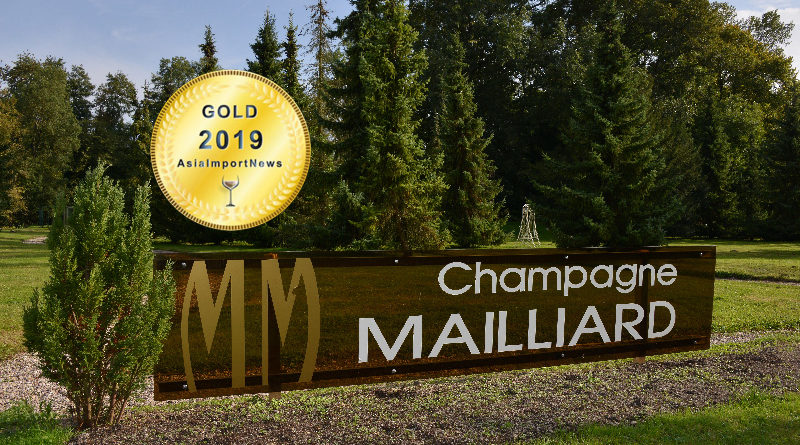 Champagne is in art as it is in life…

The home of Champagne Michel Mailliard can be found in Vertus is the first commune of Champagne in the Marne department and its terroir of 500 hectares is classified as Premier Cru.

Today, the third and fourth generations take care of our vineyard of 23 hectares, half of which are in Vertus and its surroundings and, for the most part, planted with Chardonnay.

The objective of our House is to create and grow Champagnes that reflect the vision and sensory cues that have been passed on from father to son. And mark them with our house-style.

The art of making

Obviously there are techniques and know-how involved in the development of our wines, but according to Michel Mailliard, Champagne is also a cultural and more and more an emotional matter.

It is the art to build on the land and take advantage of its own typicality. In most cases, it is the art of blending, of creating a wine greater than the sum of its components. However, when the balance between flavours and harmonies is perfect without any intervention, it is the art of accepting nature’s superiority.

The vineyard of Champagne Michel Mailliard is in the department Marne, in the heart of the Côte des Blancs, the wine area that stretches over some 20 km to the south, south-east from Epernay. The area is named after the colour of the Chardonnay, the grape planted on some 95% of the soil. The Champagnes made with Chardonnay are called Blanc de Blancs.

If, according to the experts, the Côte des Blancs gives way to the best champagnes, this is largely due to its soil, as it lays on a chalk outcrop, unlike other parts of the vineyard where the chalk is more deeply buried.

It is to the convergence of this terroir, unique in the world, and to our expertise that we owe the characteristic minerality of our Champagnes.

Although the wine tradition is the thread of our family history and while the first official references date back to 1894, the real founder of the House is Alexis Mailliard, born more than a century ago.

While progressing individually, Alexis played a key role in the development of the region’s economy through the defense of the smaller winegrowers of Vertus.

This great man left to his son his vision and his expertise that was recognized by wine makers and traders alike, but also his love for a job well done and the ambition he shared with all around him.

When passion stirs the sense of job…

Strengthened by this legacy, Michel Mailliard was able to add a new dimension and a cultural component to his family history.

The power of his passion drove him to turning the historical traditional craftsmanship into genuine art of making. Talent supported by a context, a reputation, finesse and entrepreneurship.

As a musician who plays the same movement again and again before having it in his fingers, he keeps on tasting and blending his wines, like his father before him, until the developed champagne lives up to his expectations : refined, not too fruity , lively, slightly aromatic and above all particularly simple in its complexity.

Ideally serve as an aperitif, but delicious with fish such as turbot, sole, dorado, scallops, etc 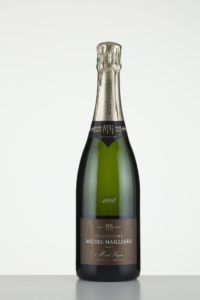 Michel Mailliard was established as a grower in 1894 and launched champagne under his own name in 1952. The house is located in Vertus, which is known for its Chardonnay wines. Today, the third and fourth generation work on the vineyard with its 23 hectares. The wines are fabulously buttery and typical of the area. If you have tried Michel Mailliard you just want more.

We invite you to discover their different vintages please CLICK HERE for more details.