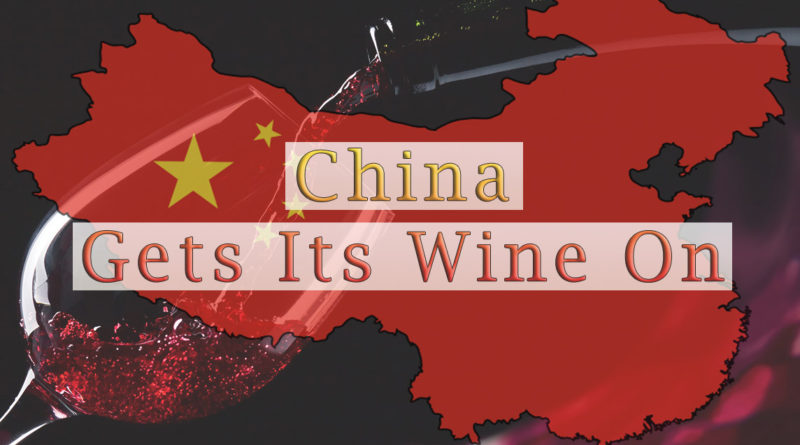 By 2020, China could become the world’s second-largest wine consumer, behind the United States, according to a report by Vinexpo, a leading wine exhibition.

“Nowadays, many people in China have given up Baijiu, no more Baijiu,” says Jiawei Wang, a Napa Valley visitor from China, referring to his native country’s traditional grain-based spirits. “Because wine has enough alcohol, but it’s also good for health. It can soften humans’ blood vessels. People are changing.”

“It’s interesting because the Chinese market in Napa is the fastest growing international market that we have, according to the statistics from Visit Napa Valley, our visitor bureau here in Napa Valley.” says John Taylor of Yao Family Wines.

“China was the number one international market in the Napa Valley last year, composing, I think, about 5.5 percent of total visitation to the valley.”

A must-see stop for Chinese tourists is the Yao Family Wines vineyard. They are owned by retired basketball star Yao Ming. Yao’s celebrity aside, his wines have won praise from wine critics.

About an hour’s drive to the east, the University of California-Davis has one of the country’s top programs for the science of growing grapes and wine making.

“From what I can see, there were not many Chinese students previously.” says Shizhang Han, a Chinese student in the UC-Davis program. “but now in my class and also among those who came after me, there are many more Chinese.”

The Chinese students believe that the wine industry has a promising future in their homeland.

“In Asia, especially in China, people are getting richer,” says student Heigi Wan. “This is one factor.”

“Wine in China is just starting,” says Han. “Before, we imported a lot of wine. And now we start to build new vineyards. The grape vines are still growing. It’s like a newborn baby. Chinese wine carries a lot of hope.”