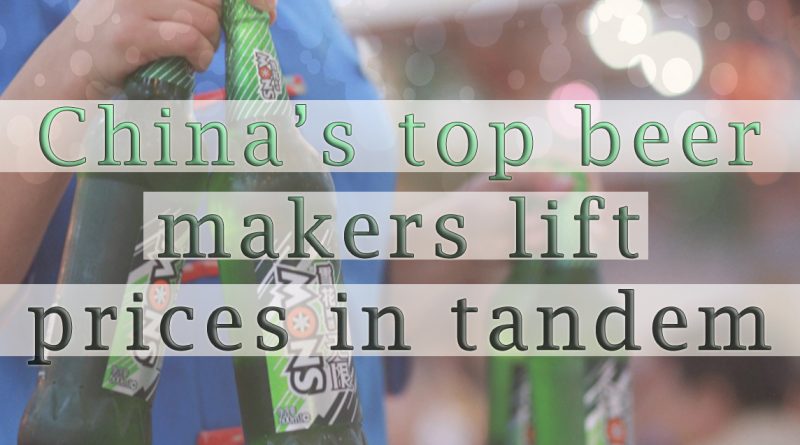 marking the first such move by leading brands in a decade, which analysts say is driven by rising labour costs, higher material prices after China’s new environmental protection tax and growing market competition from imported brands.

The owner of China’s top beer brand, Snow, said it has adopted various measures, including lean marketing and production as well as product refinement, to absorb the cost pressure. It gave no further details on the price hikes.

Snow Beer, one of the best-sellers in China, had planned to raise the prices of nine mid-to-lower end products by 10 to 20 per cent, according to previous media reports.

Tsingtao Brewery, the maker of China’s best known Tsingtao beer, said on Friday that it has raised product prices by up to 5 percent, in a bid to offset pressure from higher costs of production and raw materials. (Reporting by Donny Kwok; Editing by Biju Dwarakanath)

Rising personal income and the upgrade in the consumption pattern are also part of the driving force, said Li of Northeast Securities.

“We expect more beer suppliers to follow the industry leaders in 2018,” said Su Cheng, an analyst for Essence Securities.

“The price increase is not yet over.”