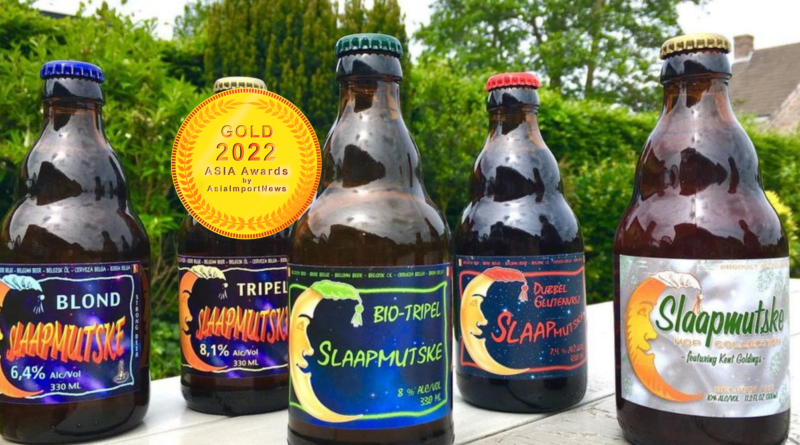 Brewery Slaapmutske has been recreating Belgian beer tradition since 1999 by constantly reinventing classic Belgian style beers. All Slaapmutske beers are top-of-the-line craft beers made with the finest ingredients sourced from trusted partners and brewed with passion and attention. Slaapmutske is a trailblazer in the traditional Belgian beer scene, integrating the latest techniques and brew technological breakthroughs with a passion for beer and a commitment to the ‘art of brewing.’ A magnificent example is the gold medal-winning Slaapmutske Blond, which was the first Belgian beer to use American Cascade hops for dry-hopping 20 years ago. As we all know, this foresight led to widespread use of comparable hops by other breweries in Belgium many years later. Slaapmutske chooses to produce this type of beer independently and using specialised yeasts, rather than dealcoholizing an existing beer to lower alcohol, for Sunny Moon. Sunny Moon is also dry-hopped with Aromatic New Zealand hops, giving the beer a startling fresh and fruity aroma.

Slaapmutske beers currently include typical Belgian blond, brown, and triple beers, as well as session white, old brown sour, sour kriek, organic triple, and various gluten-free and even sugar-free craftbeers. This places Slaapmutske at the forefront of brewing innovation and skill, and this… in the heart of Belgium’s brewing nation.

Answer : We only have an importer in Japan. We are very much interested in finding an importer for other Asian countries like China, Singapore, Indonesia, Maleysia, South Korea, Vietnam,…

Answer : Brewery Slaapmutske always looks to reinvent the classic Belgian style beers and by that has been renewing Belgian beer tradition since 1999. All Slaapmutske beers are  absolute top quality craft beers brewed with the best ingredients from selected loyal partners and this with passion and dedication. By combining the newest techniques and brew technical developments with the passion for beer and loyalty to the ‘art of brewing’ Slaapmutske is recognized as a trendsetter in the traditional Belgian beer scene. Currently the complete range of Slaapmutske beers exists of traditional Belgian style blond, brown and triple but also session white, old brown sour, sour kriek, organic triple and several glutenfree and even sugarfree craftbeers. This makes Slaapmutske an absolute leader in innovation and craftsmanship around brewing and this… in the heart of brewing nation Belgium.

Answer : Exportation around Europe started early years 2000, export to US started around 2005. The export to Japan just started up in 2021 and the expectation is to further expand exportation to Asia in the coming years soon.

For more information about Brewery Slaapmutske please visit their website :