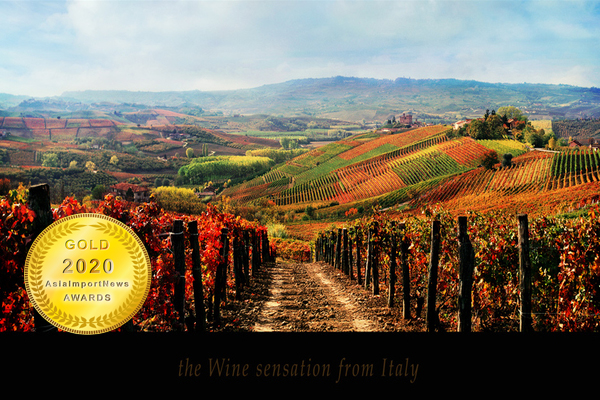 Since 1850, Lequio family has been producing excellence wines. The ancestors founded the company by settling on the top of Serragrilli hill, in Neive, between the Langhe and Monferrato, home of fine wines. In recent years they have increased the area under vines by not limiting themselves to the areas adjacent to the winery, but by purchasing and renting vineyards in the Barolo, Roero and Gavi areas, in order to be able to offer a complete selection of Piedmontese wines to their customers around the world. Together with their husbands (Piernicola, Gianni and Mauro) they continue with passion the family wine tradition. They have the hope that the four daughters will one day be able to take part in everything they have created so far, to further expand it.

As much as Alessandro Lequio loved his daughters, in staying with Italian traditions, there was no way he was going to hand over the family vineyard to women. (According to his wife, Donna Bruna, Alessandro actually cried for half-an-hour when their third and final child, Daniela, was born!) Four generations of fathers had handed the estate down to their sons, and even though he hadn’t had a boy, Alessandro would be damned if the family business was going to be run by the fairer sex. “Marry a good winemaker,” he would tell them. Just as stubborn as their father, the sisters all staunchly refuted this notion, and assured him that he would be handing the estate over to them one day… In the end (and presumably tired of arguing), everyone agreed to a “do-or-die” wager, and literally bet the ranch; deciding he could trick them into failure, Alessandro agreed to give the gals everything if they could pass three years of his rigorous tests, culminating in a single vintage of wine which he, himself would judge. To everyone’s surprise, the Sisters never gave up, and moreover, they actually won more awards in their first year of production than Alessandro had in his entire career! True to his word, their papà changed his tune and turned the estate
over to his daughters. He was so deeply impressed, he even allowed them to change the name to “Tre Donne”–which means “Three Women.”

Since childhood they have taught us to dream big. Today we are ready to conquer the world and we can proudly say that our wines are found in Italy, Switzerland, Germany, France, England, Poland, Japan, China, Brazil and the United States of America. But we certainly won’t stop here – TRE DONNE

Many of the great Tre Donne wines have won international competitions. It is with deep satisfaction that, looking back, they admire the successes achieved: the plaques, the parchments and the awards won over the years. To name a few: Mundus (Germany), Basel Weinmesse (Switzerland), International Wine Challenge (Ukraine), American Wine Society (USA).

And very recently TRE DONNE has been recognized and awarded TWO GOLD MEDAL and SILVER MEDAL by AsiaImportNews Asia Award 2020. Here are the list of wines that won in this prestigious competition:

Vinification and Aging:
After fermentation in steel at a controlled temperature, the wine ages in 20 hl French Allier oak barrels for about 36 months.
This is followed by assembly in the tank and bottling.

Organoleptic characteristics:
In the eyes: dark garnet color.
On the nose: very fruity and spicy with notes of ripe cherries, great cleanliness.
In the mouth: it is warm and structured, rich and solid, with well-present tannins.

Vinification and aging:
It is the first grape to be harvested, a soft pressing is carried out to facilitate the passage of the aromas from the peel to the flower must which is separated from the lees by natural sedimentation. The low temperature fermentation is interrupted by refrigeration until partial development of the sugars in alcohol, then at about 4.5 degrees. Filtration and stabilization with particular attention not to lose the natural CO2 of the wine.

Organoleptic characteristics:
In the eyes: straw yellow color with greenish reflections, brilliant with creamy foam.
On the nose: the perfume is delicate and very fine, floral and fruity with hints of hawthorn, wildflowers and citrus fruits.
In the mouth: the taste is sweet and light, fresh in acidity and very fine, with a slightly bitter finish.

Vinification and Aging:
Alcoholic fermentation in steel tanks at controlled temperature.
At the end of the process 70% of the wine ages for three years in 10-20 Hl French oak barrels, the remaining 30% in new French Allier oak barriques for about two years, the wine is finally assembled in a single mass and bottled.

Organoleptic characteristics:
In the eyes: Garnet red color typical of this grape variety in the Langa.
On the nose: It has characteristic Nebbiolo aromas with delicate notes of dried violet and jams, mixed with spicy hints.
In the mouth: It has a good structure and slightly rough but not overpowering tannins.
Correct and clean finish.

Being the fourth generation of wine producers and living above the winery, we grew up with the good smell of wine coming up from the cellar, helping mom and dad in vineyards and then in 1988 Antonella, Daniela and me (Rosanna) decided to continue this tradition.

What makes our wines different from many others is the female approach, elegant touch and finesse with a particular attention to nature and its rules.

Recently our estate has been accepted to be part of a project called “The Green Experience” that is a certification similar to Bio, but with more attention also to the respect of all kind of birds and insects that can naturally protect the vines from all other “negative” ones. We’ve built in vineyards many of small wooden houses for Owls, Titmouses, Sparrows, Hoopoes, Woodpeckers and also for Bats.

We started to export our wines at the beginning of 80’s to Europe mainly, then in the last 20 years also in USA, Brazil, China, Hong Kong and Japan.

Thank you Ms. Rosanna Lequio for your time and answers !