The Château de Belcier is located on a terroir of great traditions and in the extension of that of Saint Emilion: Côtes de Castillon, one of the oldest wine regions of Bordeaux. The 67 hectares, Merlot (the king of Saint Emilion), largely in the majority, but also Cabernet Franc, Cabernet Sauvignon and Malbec. Advised by Michel Rolland, the most famous oenologist in the world. 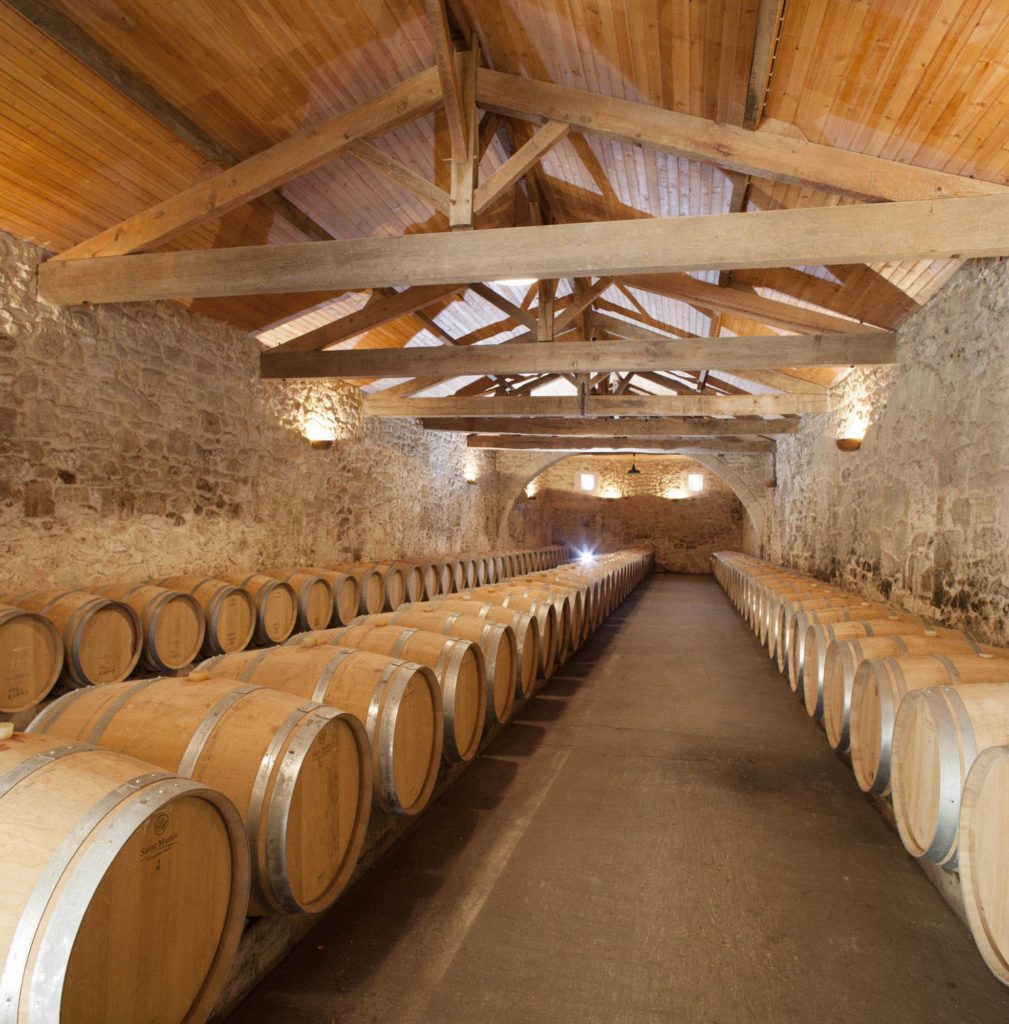 The Château de Belcier, built in the late eighteenth century, long owned by an old family from Bordeaux allied to Montaigne, was rebuilt in part by François de Belcier, cons revolutionary guillotined in 1794.

Classical style marked by triangular pediments, the Château de Belcier, which dates from the 1780s, dominates the harmonious landscapes of the municipality of Salles de Castillon where alternating woods and vineyards. Today, owned by the mutual insurance company MACIF, the castle has regained all its splendor of yesteryear.

If you taste the wines of Belcier Castle in their early youth, you must decant them by pouring them in the carafe three or four hours before the tasting. Otherwise, they are at their optimum between the fourth and eighth year and can be kept for ten years.

The 52-hectare vineyard is planted on a clay-limestone and silty clay soil planted mainly with Merlot, a grape of choice for neighboring Saint-Emilion, but also a smaller proportion of Cabernet and Malbec.

The fermentation is about 12 days with maceration at 28 ° from 10 to 12 days depending on the vintage. The aging is done in oak barrels. The Château de Belcier produces a second wine, the Château de Monrecueil or the B of Belcier and a great wine, the Pin de Belcier.

Since the 1998 vintage, the Pin de Belcier has won 10 medals and 21 citations :  And this 2019, Château de Belcier has joined AsiaI Import News and won gold medal in this competition:

This special reserve from Belcier has both structure and attractive black fruits. Its tannins and concentration suggest aging potential. The blend of 59% Merlot, 30% Malbec and 11% Cabernet Franc in all-new oak propose a solid future.

Ripe and juicy, this fruity wine from an estate with a vibrant history from the 1700s has warmth and rich tannins. Merlot-dominated blackberry and black-plum fruits are allied to a tight structure that promises a fine future. This will age well, so drink from 2022.

If you want to have tasting comments of the different vintages for sale, contact  Château de Belcier please CLICK HERE: