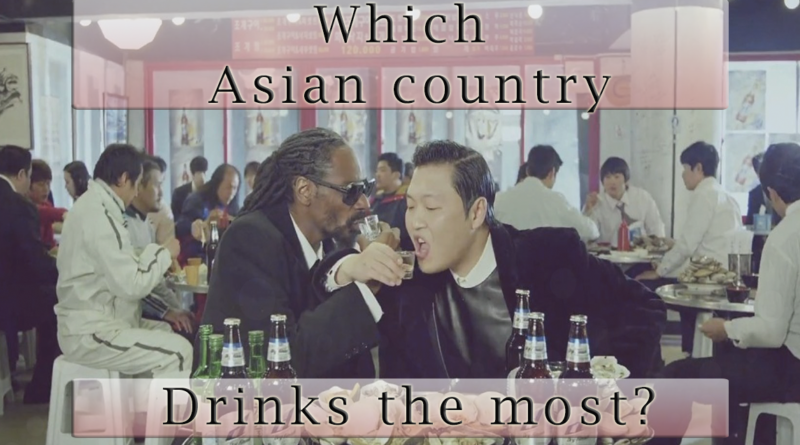 Which Asian countries are the most sober?

Some Asian countries have people who love to drink, while people in other Asian nations cannot even finish a bottle of wine in a year.

A recently available report by the World Health Organisation (WHO) shows that South Koreans are the region’s heaviest drinkers with the highest per capita alcohol consumption.   Thanks to Koreans’ taste for Soju, the country’s fermented rice wine, South Koreans easily surpassing the runner up Vietnam.

South Koreans drink copious amounts of alcohol so much so that no other country comes close to their per capita consumption. The reason for this unparalleled liquor consumption is ascribed to the country’s liking for Soju, the fermented rice drink.

According to figures from the WHO’s Global Health Observatory Data Repository from 2015, the most recently available, Vietnam is second to South Korea in alcohol consumption, drinking 8.7 litres of alcohol a year.

Thailand was close behind Vietnam at third place in Asia, with 8.3 litres of alcohol a year.

Mongolia and China came in fourth and fifth position in Asia at 7.8 litres and 7.6 litres respectively. In China the rising consumption has been attributed to the culture of drinking where drinking with colleagues is seen as vital to career advancement.

In contrast, Japan, the drinkers’ paradise, has seen a decline in consumption. It shared the sixth spot with Laos with both having equal per capita consumption of alcohol at 7.5 litres. 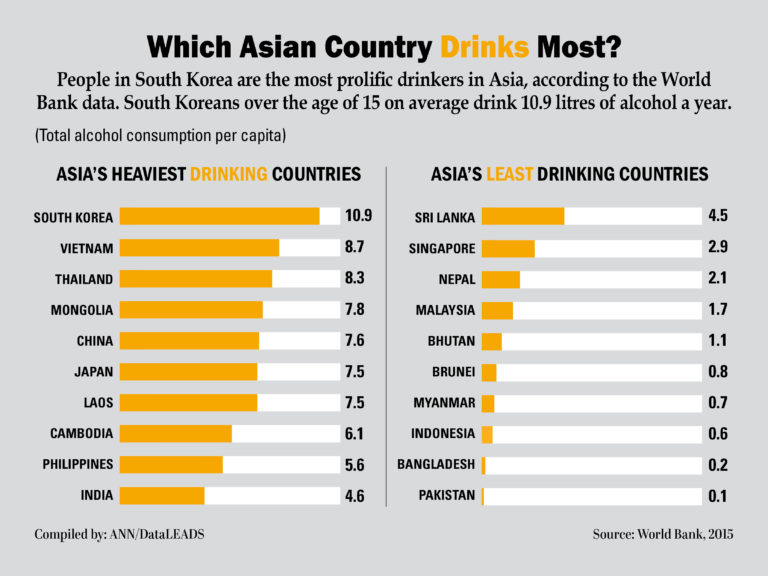 Though ranked lower than other countries, Cambodia‘s drinking habits are on the upswing. On average, Cambodians drank 6.1 litres of alcohol a year.

Amid increasing urbanisation, the Philippines has also seen a rise in a drinking culture, as well as a growing number of local breweries.

India and Sri Lanka were at a close tenth and eleventh position in Asia, with 4.6 and 4.5 litres of alcohol a year.

On the other end of the spectrum, Singapore, Nepal and Malaysia are among those countries which drank the least.

Singapore, which has stringent laws for drinking and thus low alcohol consumption, drank 2.9 litres of alcohol a year on average.

While a high number of people in Nepal drink, it is still one of Asia’s least drinking countries with 2.1 litres a year. Malaysians drank only 1.7 litres of alcohol a year.

Despite being an integral part of Bhutanese culture, alcohol consumption is low in Bhutan at 1.1 litres.

And the most abstinent countries?

Unsurprisingly, they are mostly Muslim states where the sale and consumption of alcohol is restricted. In Indonesia and Bangladesh, the average citizen drinks hardly a bottle of wine in a year at 0.6 and 0.2 liters. The lowest alcohol consumption was reported in Pakistan at nearly 0.