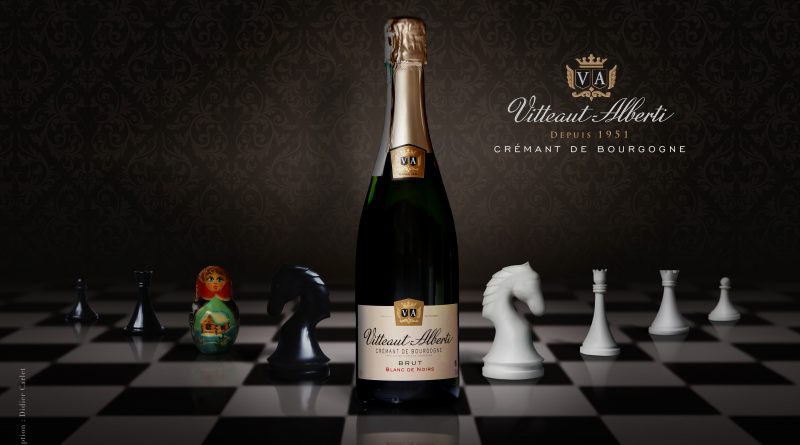 The most Luxurious Crémant you’ll ever taste!

Importers this is your chance to buy THE BEST  Crémant and show it to the world!

The Maison Vitteaut-Alberti, today a specialist of Crémant de Bourgogne, was born in 1951 at Rully, in Burgundy. Heartland of the sparkling wines of Burgundy since 1822, Rully is a village typical of the Côte Chalonnaise, situated 20 kms south of Beaune, capital of the great wines of Burgundy.

Its founders, Mr Lucien Vitteaut and his wife Maria, née Alberti, chose to specialise in the creation of sparkling white wines in the “méthode champenoise” (now called méthode traditionnelle). Thus was born the brand L.Vitteaut-Alberti.

At that time, people didn’t yet speak of Crémant, but Vin Mousseux.

The savoir-faire and quality of production of these sparkling white wines enchanted a local clientele of restaurants and private buyers, from Chalon-sur-Saône to Beaune, allowing them to compete and develop against their rivals. Sales thus rose to 18,000 bottles a year.

In 1968, their son Gérard and his wife Danielle entered the Vitteaut-Alberti business with the objective of developing the activity. The setting up of personalised customer service created loyalty amongst clientele and allowed the sales development of Vins Mousseux de Bourgogne throughout France.

Mindful of quality improvement, the 1970s made room for investments : equipment was modernised (bottling line, mechanical disgorgement, automatic labelling and finishing) and a new winery was built… It took the place of the vegetable garden !

In Burgundy, following the success of Vins Mousseux, winemakers wanted to improve the production of their sparkling wines and establish a real “cahier des charges”, guarantee of their quality.

Gérard Vitteaut was the youngest producer to be a member of the working group at the start of the creation of the Appellation d’Origine Contrôlée Crémant de Bourgogne.

From the setting up of the AOC Crémant de Bourgogne, Gérard and Danielle decided to plant a vineyard specific by its “terroir”, its grape varieties and its growing methods, and destined to provide grapes suitable for producing the base wines for Crémant.

To process the harvests for Crémant de Bourgogne in the best conditions, new investments were carried out : construction of a second air-conditioned winery accommodating a suitably programmed pneumatic press, so as to ensure a progressive, staged pressing, and equipment in thermo-regulated stainless steel vats for optimal control of vinification.

Top of the range in their brand category, the “cuvées spéciales” are the result of blending and ageing that allow great effervescent wines of Burgundy to be created.

The fruits of these dedicated efforts over long years allowed the Vitteaut-Alberti company to vinify and commercialize 300,000 bottles from 2002, in France, but also to earn the confidence of export markets.

Rémant third generation: pursuit of the family spirit and modernity

In 2004, Agnès Vitteaut, daughter of Gérard and Danielle, joined the family business, after completing studies in Law and Oenology.

Sales continued to progress, the need to change production site increased, so as to satisfy a loyal clientele, but also to conquer new markets.

In 2004, the Maison Vitteaut-Alberti was installed in new buildings permitting all the phases of Crémant production (fermentation, blending, “méthode traditionnelle, computer-controlled riddling, disgorgement, labelling, finishing and packing) to be grouped together, from reception of grapes through to the commercialisation of Crémant de Bourgogne.

The entire production line was renewed. The choice of using modern automation techniques for certain stages of production like riddling allowed the purely technical phases to be optimized, allying tradition, “savoir-faire” and modernity.

Committed to perpetuating the company spirit and wishing to improve quality, Agnès Vitteaut set up a traceability system for Crémant de Bourgogne Vitteaut-Alberti, allowing her cuvées to be tracked from vine to commercialisation.

In 2006, Agnès Vitteaut signed off her first cuvée and proposed a new style: the Cuvée Agnès.

In 2009, the company increased its vineyard holdings. The Maison Vitteaut-Alberti, specialist in Crémant de Bourgogne, was henceforward in control of almost 17 hectares of vines situated on the Côte Chalonnaise and the Hautes-Côtes de Beaune.

Agnès Vitteaut committed herself to perpetuating the company spirit: the desire to do well and to receive well. In 2010, with all the team of the Maison Vitteaut-Alberti, she set about the creation of a new reception area, convivial, warm and welcoming.

Export distribution represents 32% of our label (18% of globally activity: our label and subcontracting for other wine makers)

What sort of distributors are your customers ?

Why your wines are different from other wineries in your area ?

The different is the experience since we only produce sparkling wine, we have a “style maison”, we are focused on freshness style, obtained thanks our blend, the vinification and aging of our wines.

With general mathods (raisonnable mathods), we produce an organic wine but in association with another winemaker, because any of ours parcells can’t be completely isolate from the other in general mathods.

In Asia we are in Japan, China, and Hong Kong

Is there anything you want to add about your wines, story or any news ?

We want to insure modernity and luxury Crémant.

”We still sell Crémant, but the image of the company has evolved a lot.

Actually we developpe the communication and marketing (new packaging, PLV…)

We have a new blend since last year : a Crémant de Bourgogne Blanc de Noirs (100% Pinot Noir) and two special blends have been aging for next winter for the first and for the second for 2018… wait and see… !!!

Thank you Ms.  Agnes VITTEAUT – Owner – Maison Vitteaut-Alberti for your time and answers !

There is nothing you can compare with them!