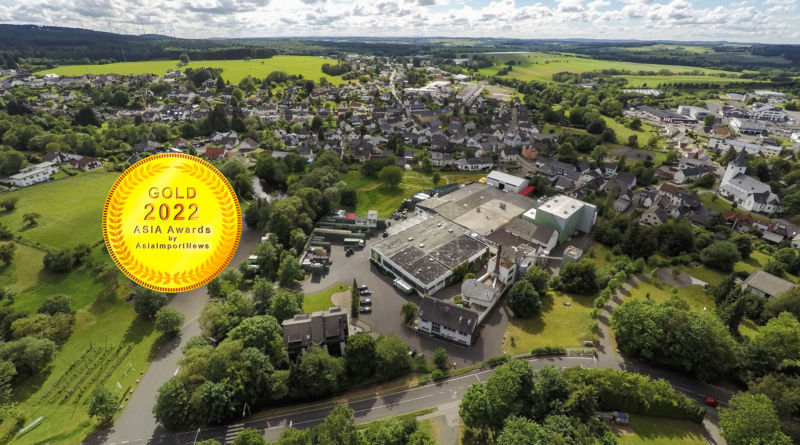 ..this phrase has themed them since their founding in 1861. For more than 160 years they brew in Hachenburg, in the heart of the Westerwald (mid Germany), choice premium beers and have brewn after Pilsner brew-manner for the first time in the year 1902. Therewith they belong to the oldest Pilsner breweries in Germany. With this expertise and the passion for brewing, the Westerwald-Brewery has remained a still independent family-brewery – now in the 5th generation.

“To preserve the good” – this means, that they still use traditional brewage-techniques and a consequent quality maxims, despite latest technologies.

Thus they use for the creation of their beers only 100% of the most precious German aroma-hops and allow their beers to age six weeks, until they have reached their complete taste.

“To be opend minded” – means for the Hachenburger brewer to have the courage for change and the spirit for new and unconventional ways. Only if they do so, they will be able to do also in future, what they know best: In particular to brew premium Hachenburger beer.

They are „Slow Brewer”

In industrial breweries many beers are brewed and bottled within a few days to produce economically. Instead, the Hachenburger Brewer give their beers a total of 6 weeks time to mature until they have fully developed their unique taste and their acknowledged high digestibility.

Just like a good wine or whiskey. The Westerwald brewery is one of less than 40 Slow Brewers in Germany, Austria, Switzerland and Italy to have been awarded this seal of approval. Slow Brewers are convinced that beer lovers want more – not a uniform taste, but outstanding beers and equally outstanding breweries that consciously approach their task. These breweries can be recognized by the Slow Brewing Seal of Approval – the most uncompromising seal of approval for beer on the international beer market.

The love for home

Even today they are so proud of their homeland that they spread the Westerwald all over the world in the form of a beer mat. And the

Westerwald is also symbolically depicted on many advertising materials and also on the labels of their beers. The name Weserwald- Brauerei is also a clear commitment to their beautiful homeland.

They are 100% climate neutral

Through compensation, they are now completely climate neutral. This applies to the whole company and for all products and services through Scope 1, Scope 2 and Scope 3.

Answer : We already have business relationships all over China since 2012. Our longest customer, with whom we are celebrating our 10th anniversary this year, is based in Wenzhou.

Answer : The secret of success is the strict quality philosophy in everything we do, the use of 100% aroma hops, a traditional 6-week maturing period for the beers and the Westerwald origin.

Answer : Our aim is to expand our friendship-based business relationships also for the next decades and establish together new Hachenburger products and trends in the Chinese and asian beer market.