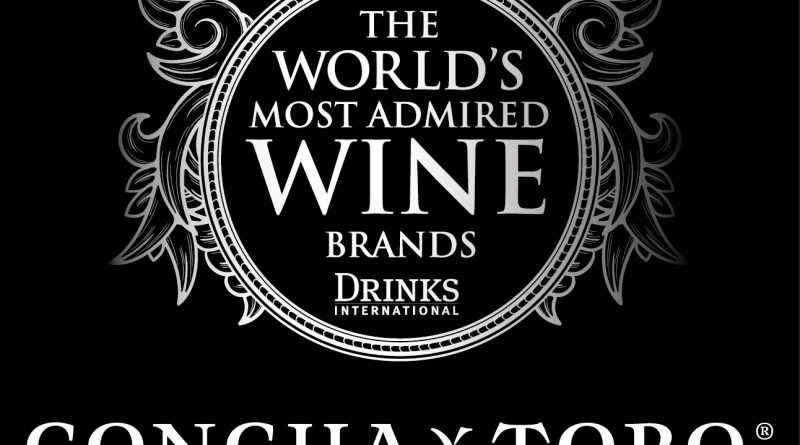 They are the World’s Most Powerful Wine Brand!

Importers you have the unique chance to buy some really amazing wines! Don’t miss them! We Recommend!

Viña Concha y Toro was founded in 1883 by Don Melchor Concha y Toro. He started with the first vine plantations at Pirque, in Maipo Valley, bringing the firsts Cabernet Sauvignon, Merlot and Sauvignon Blanc, among other traditional varieties, directly from Bordeaux, France.

Today, and with more than 130 years of history, Viña Concha y Toro has become the largest wine company in Latin America, the fifth company in the world in terms of traded volume, and second in area of planted grapevines. Its exporting spi­rit and successful business model has allowed Concha y Toro to grow and be present in more than 140 countries, becoming the main exporter of Chilean wine.

Several awards and re­cognitions confirm its leading position in the global wine industry, including “World’s Most Powerful Wine Brand” 2014 and 2015 in the ranking of the British con­sultancy firm Intangible Business, “International Best Drinks Company of the Year 2015” by The Drinks Business Awards and just a few weeks ago, Concha y Toro was awarded second place in the World’s Most Admired Wine Brands 2017, ranking by British magazine Drinks International, consistently maintained its presence among the top positions in this survey since 2011.

Concha y Toro’s passion for quality has driven the search for new terroirs and the development of its own vineyards, even beyond Chile’s borders. Currently, the company owns almost 11 thousand hectares of vineyards in Chile, Argentina and the United States, which ensures the production of wines of the highest quality and distinc­tive of its origin. We produce more than 15 different varieties, beeing consistenly awarded by our high quality Cabernet Sauvignon, Carmenere, Merlot, Sauvignon Blanc and Chardonnay, to mention the most emblematic ones. We are continuosly looking for the best conditions to produce the most premium wines in each valley.

Concha y Toro’s portfolio includes the icons Don Melchor and Carmín de Peumo; the outstanding consistency and quality of Amelia, Terrunyo and Mar­qués de Casa Concha. And leading the premium segment, Casillero del Diablo, which has positioned itself as the most recognized Chilean wine around the world.

How important are your export distribution compared to national distribution? What sort of distributors are your customers ?

As one of the most global wine companies on the market, Concha y Toro has always being distinctive by its export spirit.

From the complete production of Chilean wines, exports represent 75% of the total volume, while local distribution remains in 25%.

The United Kingdom, United States of America, Brasil and Japan are the main destination for our exported wines, seeing a clear evolution on the distribution pourcentages of the last years. Europe, North America and Latin America are still the most important regions for Concha y Toro export wines, but other emergent areas like Asia and Africa are growing consistently and showing a real change for our distribution.

Why your wines are different from other wineries in your area ? (If any specificities)

Concha y Toro wines are recognized by its consistency and high quality, maintaining a solid reputation and a great price relation in all segments. Its global character has positioned Concha y Toro as  one of the most well known high quality wine brands, focusing in improving the image of Chilean wine all over the world.

With more than 130 years of experience, we know we have the knowledge, terroir conditions, technology and innovation to produce the best wine possible in each and every one of our states. A great example of this is that our Super Premium line Marqués de Casa Concha, the Ultra Premium Terrunyo and our Icon Don Melchor, are constantly awarded with high scores by critics and in international magazines. Don Melchor is recognized as one of the best Cabernet Sauvignon of the world, beeing the only Chilean wine to appear three times on the Top 10 ranking of the Best Wines of the World, from the prestigious Wine Spectator magazine.

Our distinction as premium wine producers is to offer the best relation between quality and price in each segment, giving a guarantee to our consumers, hat each time they buy a Concha y Toro bottle, they are having the best exponent of its variety, competing without problem with other wines from the old world. Casillero del Diablo and Frontera, to give another example,  are world bestsellers because of their great quality among their category.

A central pillar of the company’s business strategy has been sustained investment in its own vineyards, te­chnology, and productive, oenological and technical capacity, which has enabled it to achieve increasing qualities, a determining factor to successfully compete in the superior wine category.

We have been developing external relations with Asia for many years, which has also allowed us to gain a better knowledge of consumers, their tastes and trends in order to offer them what they are looking for. In the particular case of Concha y Toro, we have distribution offices in Singapore and Japan, as well as a commercial office in China. This also allows us to market our wines in each point of sale; also to achieve a better brand position and to have more control of our marketing and commercial strategies.

This is fundamental for Viña Concha y Toro in a global level. The company not only produces wine, but also markets, promotes and distributes it through the world.

To face diverse and competitive markets, we seek to position our brands, offering consistent quality, but also, surprising the consumer with global marketing strategies and specific campaigns for each country. For this, we have had to adapt to the new trends, looking towards the future.

On the other hand, the commercial relations between Chile and the Asian countries began many years ago, for example with China we have established commercial agreements that have favored us and allowed to offer competitive prices, with an excellent price-quality relation, highly valued by local consumers.

Viña Concha y Toro has faced the new challenges as opportunities, and has been able to adapt to the changes of the industry, incorporating the latest technologies of vinification and being able to diversify and innovate to satisfy these global consumers and increasingly demanding.

Is there anything who want to add about your wines, story or any news ?

We are very proud to announce that recently, Concha y Toro was awarded second place in the World’s Most Admired Wine Brands 2017 ranking by British magazine Drinks International. Since 2011, the Winery has consistently maintained its presence among the top positions in this survey, which includes the most highly-renowned brands and wineries from all continents. This is a reflection of the strong image and global positioning of our brand, awarded by the opinion of prestigious industry leaders, recognizing the commitment and the excellency of Concha y Toro.

They issue their vote for the 6 most admired wine brands, with which they have no association, guided by the following criteria: consistent and growing quality, reflection of their region or country of origin; respond to the needs and tastes of their target market; successful distribution and packaging; and that the wine is highly attractive to a wide-ranging demographic group.

The Top 3 World’s Most Admired Wine Brand of this year are Torres from Spain, Viña Concha y Toro from Chile and Penfolds  from Australia.