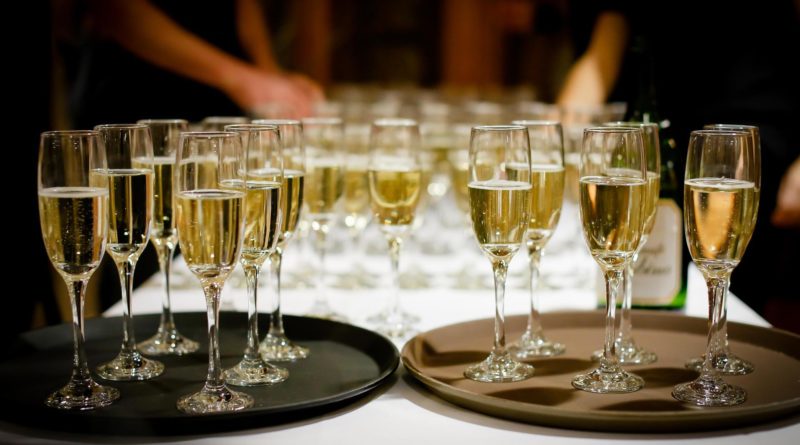 If you’re not sure where to begin with Asian wines—or which ones are worth drinking—we’ve compiled a list of the best wines to drink right now from China, Japan, India, Thailand, and Kazakhstan.

The days when the words “Asian wine” made most drinkers scratch their heads are long gone. Despite the progress, most discussions of the continent’s grape-based wines always end with the inevitable question, “but are they any good?” ” Thankfully, I can now confidently answer “yes” before adding the qualification “some of them.”

Aside from the novelty appeal, there are a few Asian wines that accurately reflect the cultures and settings of their origins and are well worth searching out. However, unlike in a French supermarket wine aisle, one cannot approach Asian wine with the same confidence. There’s also the matter of comparative value, which goes beyond quality. Chinese wines, in instance, are frequently accompanied with price tags that would make your average Carrefour shopper’s eyes burst (blame the agonisingly high cost of burying vines every winter in many Chinese regions, plus a healthy dose of vanity pricing in some cases).

There’s also a vast range of ambition among Asian producers. Some in Japan and China have explicitly set their sights on the luxury wine market while many in the rest of the continent (especially markets with high alcohol import taxes like Thailand and India) are content to furnish domestic markets with quaffable everyday options. However, between the over-egged and the indifferent, there is a lot of interesting ground to explore:

China surpasses even its perennial rival Japan for prestigious winery projects, with most aiming for iconic Bordeaux-style blends in the mould of earlier aspirational regions (Napa springs to mind given its bold wines and equally bold price points). To my mind, the most exciting efforts are based on marselan, a drought-resistant cabernet sauvignon-grenache cross and viable contender for the coveted title of China’s “signature grape.” The best come from drier areas like Xinjiang, Ningxia and Gansu and display an exotic blend of coriander, cumin and tobacco, rich plummy fruit and satisfyingly gravelly tannins. The relatively widely distributed Tiansai Skyline of Gobi Marselanis a great introduction to the variety.

Though Japan too has a number of wines being made in the likeness of Bordeaux (and, to my mind, more consistently resembling that region’s wines; see for example the cedary, fine-boned Hokushin Right and Left Bank wines from Chateau Mercian), Japan’s trump card in the international wine scene is its proprietary grapes Koshu and Muscat Bailey A. The latter is a musky, playful red that at its best resembles a juicy Beaujolais, but the former is an understated, stony white that many experts contend has fine wine potential.

The latest vintages of Grace Winery Koshu Kayagatake have demonstrated a subtle layering and ineffable delicacy that seem essentially Japanese in their aesthetic. Lime blossom tea, rice cracker, white pear, yuzu and pressed flowers with a clean, lissom texture build on each other like layers of translucent washi paper.

Prominent wineries like Sula, Fratelli and Grover Zampa have historically favoured the usual suspects cabernet sauvignon and sauvignon blanc, but domestic consumers have also favoured lightly sweet chenin blanc and rich, spicy shiraz. Meanwhile, Mediterranean imports tempranillo and sangiovese are on the rise. Sula’s Brut Tropicale, a quizzical sounding blend of pinot noir, syrah, chenin blanc and chardonnay made as a traditional method sparkling wine with an impressive 18 months on the lees is a great example of India’s blend of inventiveness and exuberance, with its rose gold tint, white floral, pineapple, peach and mango perfume.

Still arguably in an earlier stage of development than most of its Asian wine-producing brethren, Thailand has benefited from the work of a few talented winemakers, particularly the Australian-trained Nikki Lohitnavy of family-owned GranMonte. Like many low-latitude wine regions, the Asoke Valley where GranMonte’s 15 hectares lie compensates with somewhat high altitude (~350m above sea level), as well as acidity-boosting calcareous clay soil.

Explicitly aiming for a “tropical wine” style, Lohitnavy has embraced the fruity side of the grapes she works with (including several Australian favourites, like semillon, durif and syrah). GranMonte The Orient Syrah displays a uniquely Thai sensibility with its skilful blending of fragrant spices: black pepper, cardamom and star anise overlay dense, dark purple fruit and sweet basil on the finish.

Despite its Russophone bent, Kazakhstan’s wine culture is quintessentially Central Asian. Viniculture here dates back to around 700AD when vines arrived along the Silk Road from Europe but also China and the neighbouring “stans.”  Basking on the pristine Eurasian Steppe, the country’s finest vineyards surround the city of Almaty near the Chinese border. Altitudes around 1000m above sea level produce great day-night temperature variation, yielding lusciously ripe fruit with bracing acidity.

The most lauded producer is Arba, whose old vineyards, small remnants of the 60,000+ hectares cultivated during Soviet times, were coaxed back to life by famed Italian consultant Mario Fregoni (a noted collaborator of Gianfranco Soldera). Their Lagyl Arba Old Tradition Saperaviis a delightful expression of this malbec-like Georgian grape with intense blueberry and blackberry compote yielding to a brambly floral quality evoking tender Steppe violets, blazing acidity and light, powdery tannins.