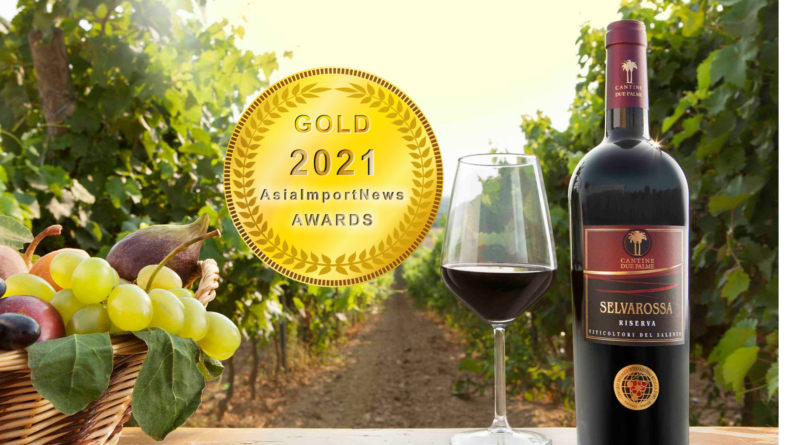 “Due Palme is a dream narrative in every sense of the word. The ambition of a man who inherited the family winery and put passion and love in his land as the third generation of a winemaking family”.

Cantine Due Palme was founded in 1989 and has since become a leader in the manufacture of Salento’s most traditional types, mixing history with cutting-edge technology (Negroamaro, Malvasia Nera, Primitivo and Susumaniello as main varieties). Extensive quality controls are used throughout the production process, from the cellar to the bottling line, as well as in the aging facilities.

On the back labels of Due Palme wines is a key phrase: “completely manufactured” (summer bottled). Two words that assure consumers that their wine is completely traceable and of good quality. Cantine Due Palme have built a solid and trustworthy reputation, making wines that thrill both the public and reviewers, thanks to their strategic vision and attentive procedures in the vineyards and cellars. Alberello, which means “little tree” in Italian, is a major feature: this traditional bush vine cultivation method yields exceptionally concentrated and complex fruits.

Cantine Due Palme is an emblem of Apulia’s greatness, a significant tribute to the region’s history and culture. It has effectively established itself in Italian and foreign markets, aided by an annual production of roughly 12 million bottles, and has played a role in the internationalization of Italian wines.

THE PASSION OF A MAN. HIS LOVE FOR HIS LAND

Angelo Maci is no exception; in fact, he is the polar opposite. Uprooting him from the depths of Salento – where he was born in 1943 – from its grapes and its ardent, charming society would rob him of every reliable reference point. That is, it was in the topos and humus that his personality developed. It is the only way to comprehend the man’s function, or rather, his ambitious efforts and initiatives.

This 3rd Session of AIN Asia Awards 2021,  Cantine Due Palme has been recognized and awarded FOUR Gold Medals and TWO Silver Medals Awards:

To know more about Cantine Due Palme please visit their website HERE: