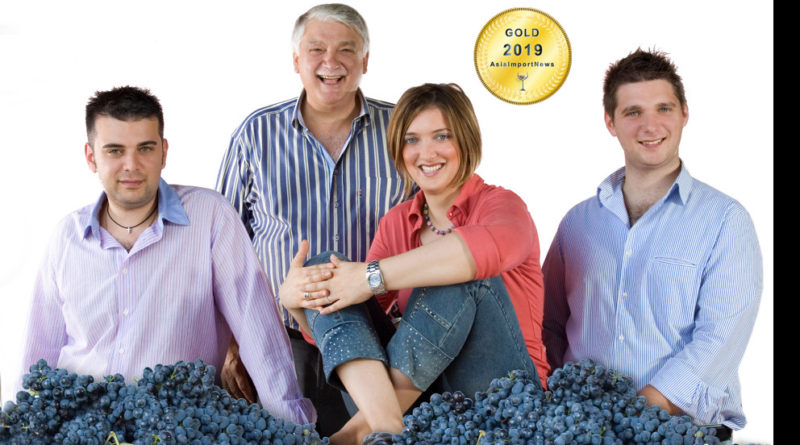 The Mimmo Paone family has an old traditions, handed down from father to son, have contributed to the success of the Company that was born in the ’50s and today, combining innovation and traditions, presents itself on the international market with its selected wines.

Since 1991 with great passion…

Mimmo Paone is a wine growing and producing company founded in 1991. The estate was founded with the specific purpose of working with small quantities, preferring the typical vine varieties of our territory. The wine company Manages 70 hectares of vineyards, including Doc Messina wines such as the producing areas of the Malvasia delle Lipari and the Mamertino di Milazzo. Vineyards are cultivated on medium textured soils whose composition includes clay, loam and sand in varying amounts, and their altitude is between 150 mt and 400 metres above sea level.

The diamond tip representing the quality of Mimmo Paone production is the red wine “Capriccio”, in whose which smells of very sweet, dried fruits and honey.

This 2019, Mimmo Paone has joined Asia Import News and won a gold medal in this competition: 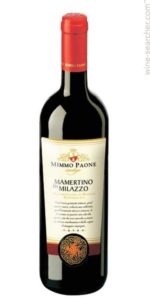 Mamertino di Milazzo is an Italian wine DOC of northeastern Sicily, named (in part) after Milazzo town and the Capo di Milazzo peninsula which juts out into the Tyrrhenian Sea. Introduced officially in September 2004, the title covers a wine style which has been around since classical antiquity, but now has a legally protected name, formalized production conditions and a defined region of provenance.

The coat of arms of Milazzo

The original Mamertino was named after the Mamertini, an early people of what is now the Messina province. The Mamertini arrived in Sicily from Campania in about 310 BC, mercenaries paid by Agathocles, the tyrant king of Syracuse. The name is a reference to Mamers, an ancient fertility god later adopted by the Romans as Mars, the god of war. In 310 BC Agathocles’ forces, helped by the Mamertini, raided and occupied the city of Messina. The city was re-taken by the Carthaginians five years later, but despite this defeat many Mamertini remained in north-eastern Sicily. They settled down and, at some point in their history, discovered the viticultural potential of north-eastern Sicily. Mamertine wine came to be highly respected, not only by writers such as Pliny (23–79 AD) and Strabo (63 BC–24 AD) but also by Roman emperor Julius Caesar (100–44 BC).

Modern Mamertine wine comes in several forms rather than a single definitive style. There are the basic red (rosso) and white (bianco) wines, each with a barrel-aged riserva form, and a varietal form: all come in varying sweetness levels from dry (secco) to sweet (dolce).

Mamertino di Milazzo remains a traditional, very ‘Sicilian’ wine, being made from four of the island’s most idiosyncratic varieties: Nero d’Avola for the reds, and Catarratto, Grillo and Inzolia (Ansonica). Nero d’Avola is thought to have come from the town of Avola, just down Sicily’s east coast – ironically the town’s two local DOCs (Moscatos di Noto and i Siracusad) do not use the variety at all. Perhaps even more ironically, Sicilians often refer to Nero d’Avola as Calabrese, honoring its adoption as an important red variety in Calabria.

It would be logical to assume that the Capo di Milazzo, or at least Milazzo town, was the epicenter of the Mamertino di Milazzo DOC. However the reality is quite different: the cape area is reserved for olive trees and tourists seeking seaside afternoons and sunset vistas. Most of the DOC’s vineyards are located in the 31 communes adjacent to Milazzo, all in the province of Messina.