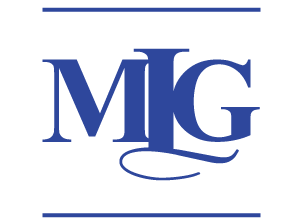 Australian wines have some amazing flavors,

But this ones are crazy good!

Importers we really recommend you to try and buy their wines!

The original vineyards were planted in the 1870’s when European immigrants traveled to Western Victoria to discover gold. Bringing vines with them from the old country they went about working the rich fertile land of the Western district, creating some of Australia oldest vineyards. The vines were replaced by sheep at the turn of the century; however the site was re established in 1963 by Italian immigrants the Fratin brothers. Their first plantings were the Swiss Clone Shiraz, taken from the 140 year old nursery block in Great Western.

Initially, the grapes were sold to neighbouring winemakers, however the exceptionally high quality of their fruit quickly drew a strong following and encouraged the Fratins to begin making their own wine. They soon discovered that with the unique mix of the Mount Langi Ghiran environment they were producing a spicy, pepper complex wine we now know as “Langi Shiraz”.

In 1978, the Fratin brothers appointed Trevor Mast as consultant winemaker. Inspired by the potential of the vineyard and keen to develop it further, Trevor Mast and Ian Menzies purchased the property in 1987.

In 1996, the ’94 vintage of Langi Shiraz received international acknowledgement when it appeared on the cover of Wine Spectator next to Penfolds Grange and Henschke’s Mount Edelstone Shiraz, truly setting the benchmark for Australian cool- climate Shiraz. A remarkable vintage, it was a representation of the wine coming out of Mount Langi Ghiran and it secured Mount Langi Ghiran’s place in the Australian Wine Industry.

After 15 years of running flat out to build the name of Mount Langi Ghiran, Trevor knew it was time for the brand to go to the next level. At the same time the Rathbone family were formulating a strategy for a new wine business. This model was to focus on wineries with the potential for excellence in a specific varietal and located in only premium regions, Yering Station in the Yarra Valley was the first piece in their strategy and in late 2002 Mount Langi Ghiran became the perfect next piece. Trevor stayed on as head winemaker and Dan Buckle joined his winemaking team.

In 2014 Mount Langi Ghiran were very lucky to have Ben Haines join the Langi team as Chief Winemaker. Ben, whose talent, passion and fascination with wine precedes him, is a very refreshing addition to the Mount Langi Ghiran team. His enthusiasm for wine, particularly Rhone varietals, is matched only by his talent. His work has taken him all across Australia, with work in Nagambie at Mitchelton Wines for four years. Ben has worked at Yering Station winery for three years and is now stretching his wings in the Mount Langi Ghiran winery.

Cool climate Shiraz mainly (90% of our production) as well as some Riesling and Pinot Gris.

Our National (domestic) distribution is currently the main part of our business model however we feel our future growth and success lies with our international team being competitive in their perspective global markets.  Asia and USA being the potential growth markets that we are focusing on in 2017.

What sort of distributors are your customers ?

The Rathbone Wine Group, who owns Mount Langi Ghiran (as well as Yering Station in the Yarra Valley and Xanadu in Margaret River), works within all channels domestically and Internationally. The focus has always been with the on premise, independent retail & direct to consumer channels.

Why your wines are different from other wineries in your area ?

The Mount Lang Ghiran vineyard is truly unique, it’s ‘Old Block’ vineyard producing one of Australia’s most distinctive and distinguished wines, the Langi Shiraz. Our winemakers consider it a privilege to work with the amazing array of fruit delivered from the vines and are inspired to pour their talents into crafting wines that exceed expectations.

The raw elements of soil, climate and vine combine to create this unique vineyard. The weathered granite rockface and sedimentary soils, the cold prevailing winds forming off the Southern Ocean and the vinestock carried to this region by Swiss settlers in the 1800’s, all these elements play a critical role in producing the distinctive flavours of Mount Langi Ghiran wines.

The Old Block at Mount Langi Ghiran, home to the iconic Langi Shiraz, was planted to the Swiss clone Shiraz taken from the 140 year old Nursery Block in Great Western. This unique clone of Shiraz matches effortlessly with the cool climate of the Grampians, producing spicy pepper characteristics for which Mount Langi Ghiran has become renowned.

In 1981, cuttings taken from the Old Block were the seedlings for the now flourishing Cliff Edge Shiraz block, warmly referred to as the ‘Baby Langi’. Mount Langi Ghiran now has 80 hectares under vine, primarily red grapes, with the dominant variety of course, being Shiraz. While 80% of the production is Shiraz, other varieties planted at the estate include Cabernet Sauvignon, Merlot, Sangiovese and the white varieties: Pinot Gris, Chardonnay and Riesling.

With an impressive portfolio and a passionate team, the winemakers at Mount Langi Ghiran continue to meticulously develop and hone their methods, whilst producing wines that embody the essence of Mount Langi Ghiran.

We have been practicing ‘Sustainable Production’ for 40 years as we believe that sustainable farming principles produce healthier soils, more balanced grapes and better quality wines.  We strongly believe that our responsibility to the land is what matters the most.

Vineyards are monocultures and can interfere with local ecosystems if they are not properly managed. We care for a large and diverse landscape and our aim is to continually increase the range and habitat of flora and fauna on our property. A significant proportion of our land is native forest and we have added to that habitat by planting ‘nature corridors’ around the property. We are also creating ‘billabongs’ in the riparian zones of the property to enhance our aquatic habitats. Closer to the vineyard we have planted small native flowering plants that attract beneficial insect predators, again increasing the biodiversity of the property and at the same time assisting with pest management. We use a system of Integrated Pest Management to avoid the use of synthetic chemicals. We rely on canopy management to prevent the outbreak of disease.

Due to the cool climate we only apply irrigation when it is needed to keep the vine canopy functioning. We use soil moisture monitoring technology to prevent water wastage without jeopardising the vine health through underwatering.

Our soils are ancient and therefore fragile. In order to conserve their integrity we sow permanent grasses which are maintained by slashing.

We have very good distribution with most Asian markets. China, Thailand and Singapore showing good growth.  Additional markets we are interested in are Myanmar, Cambodia & Laos.