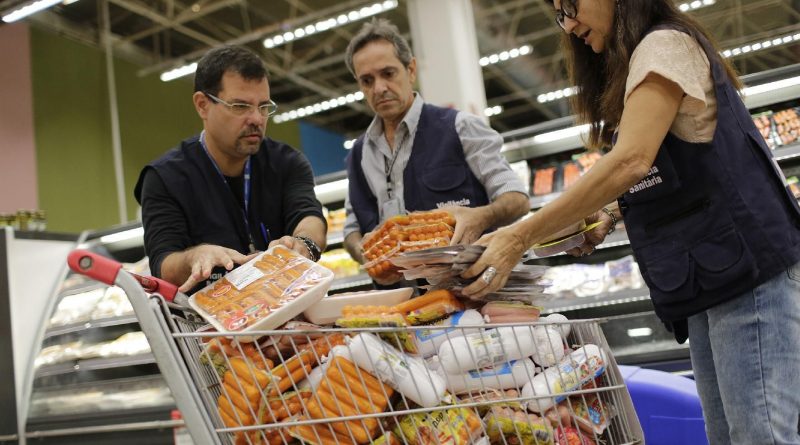 China and Hong Kong are the two Top consumers of Brazilian meat and have suspended imports over allegations that companies have been selling unsafe produce for many years.

The European Union has also said that it will stop buying from companies implicated in this big scandal.

The crisis was triggered by a huge federal police operation on Friday.

Evidence that meat-packers had been selling rotten and substandard produce for several years where found!

Hong Kong’s Centre for Food Safety said it had temporarily suspended the import of frozen and chilled meat and poultry “in view of the fact that the quality of the meat from Brazil is in question”.

Brazil is the world’s biggest red meat and poultry exporter and the meat industry plays an important part in the economy.

President Michel Temer held emergency meetings over the weekend and even invited foreign diplomats to a steak house on Sunday evening to try to reassure them.

“The Brazilian government reiterates its confidence in the quality of a national product that has won over consumers and obtained the approval of the most rigorous markets,” said Mr Temer.

But the effort was in vain. China, the EU, South Korea, Hong Kong and Chile have now announced restrictions on Brazilian meat products.

Together they account for nearly one third of Brazilian meat exports in 2016, O Globo newspaper reported.

Federal raids at meat-producing plants ended in the arrest of more than 30 people.

The government suspended more than 30 senior civil servants who should have spotted the unhygienic and illegal practices – they are being investigated for corruption.

Three packing plants have been closed and another 21 are being investigated.

“Only 21 units out of 4,837 in Brazil subject to government inspection are facing allegations of irregularities. And only six of them have exported in the past 60 days,” said Mr Temer at a meeting with foreign diplomats on Sunday.